by Claire Ochroch, courtesy of The Daily Pennsylvanian

Housed in an Italian revivalist building in Old City, the Athenaeum of Philadelphia (PA) features an ornate, high-ceiling reading room filled with an extensive collection of maps, photographs, and architectural drawings on Philadelphia's history.

In February 2019, Penn Libraries entered into a partnership with the Athenaeum, granting students access to its vast historical resources. The partnership came about because the Athenaeum needed to update its library management system and Penn Libraries offered to put the Athenaeum's objects into its recently-updated system, said Jon Shaw, Penn's associate vice provost and deputy university librarian.

The Athenaeum of Philadelphia was founded in 1814 as a membership library, and it now also functions as a museum and an event space. The library, which is classified as a National Historic Landmark, has been housed in its current building on S. Sixth Street since 1847.

To access materials from the Athenaeum, a Penn student can look them up in the Penn Libraries online system. Materials can be transported from one site to the other, and if an item is too fragile, students can view it directly at the Athenaeum.

Only months into the partnership, many have already reaped its benefits, said Peter Conn, the Athenaeum director and Penn English professor emeritus. 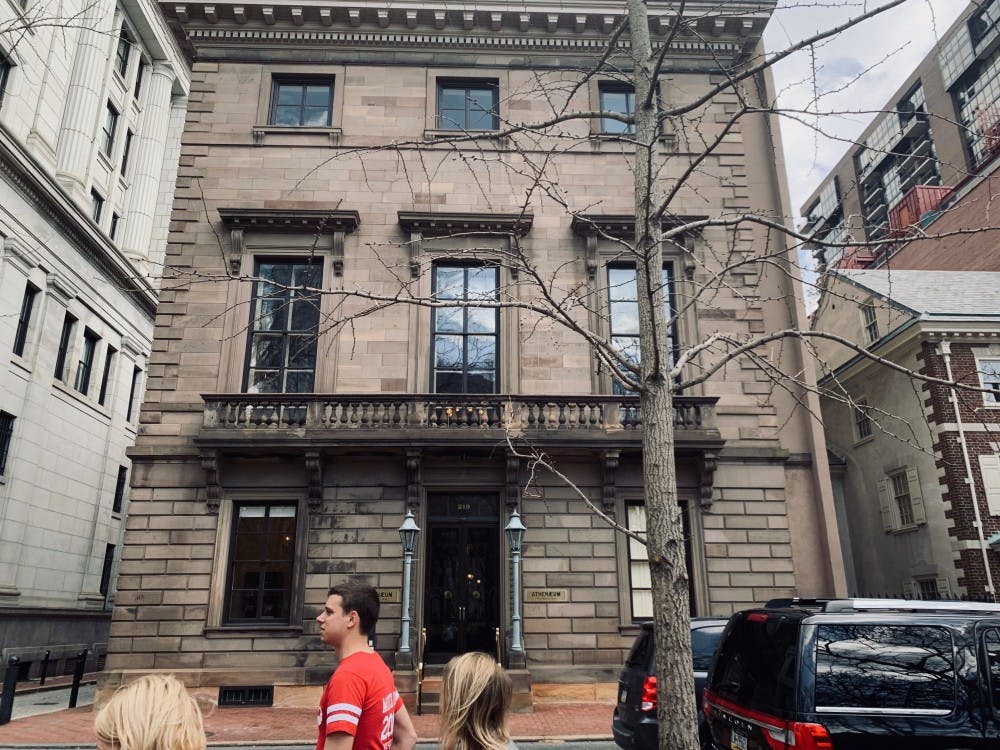 The Athenaeum's collection was listed as more than 60,000 items in the Penn database, Shaw said. The partnership has allowed access to unique primary sources including original photographs, architectural drawings, and historical maps.

The Athenaeum is home to multiple resources, such as its Thomas Ustick Walter collection. Walter was a famous architect who designed the extension of the United States Capitol building and Girard College in Philadelphia.

In the collection, there are also Walter's original, "hand-drawn, hand-colored, hand-inked" drawings for the buildings he was the architect for, Conn said.

Although the partnership has reached its original goal of granting Penn students access to the Athenaeum and vice versa, Penn librarians said there are opportunities for more partnerships in the future.  “I think part of the ratcheting up of [this collaboration] in future is not only digitizing it, but finding ways to preserve and sustain these collections,” Shaw said.

For Conn, the partnership sets a standard for educational cooperation.

“Think about it as a model of what larger and smaller institutions who share a neighborhood, who share some scholarly emphases, can do through cyberspace, which was otherwise not possible to do,” Conn said.